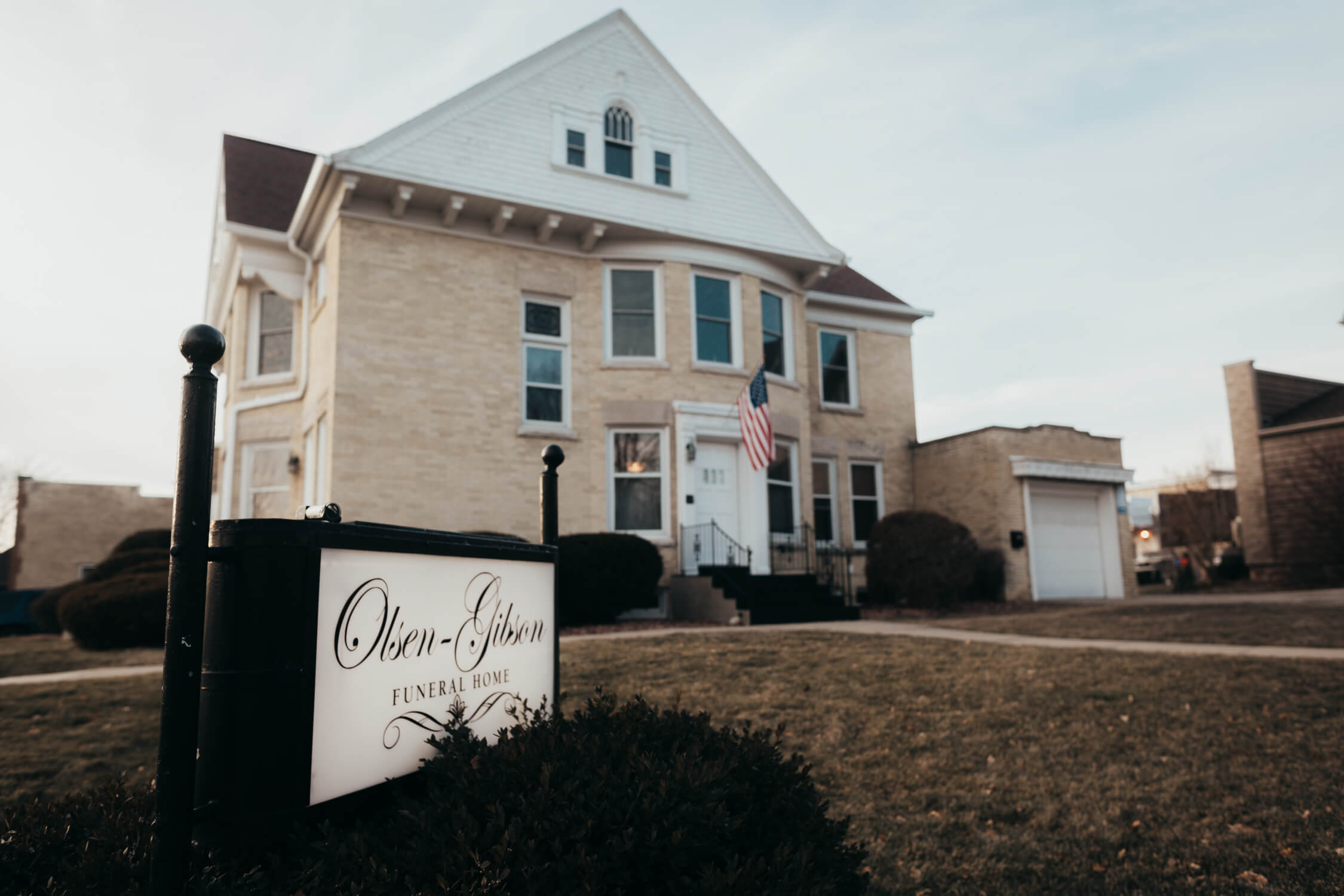 The Olsen-Gibson Funeral Home embodies the hard work and continuity that has made Jefferson County the thriving area it is today. We are proud of our history and would like to share it with you.

In 1888 J.G. Fuchs started a furniture store and an undertaking business which he operated until his death in 1912, when his son, Adam G. Fuchs, took over.

In 1926 he sold the business to Oscar Hildebrandt.

In 1941 Harry Minshall purchased the business. He sold the furniture store to Arthur Swanson in 1947 and retained the funeral home to serve the community.

In 1966 Harry Minshall selected Bernellyn Olsen to join him in the firm.

In 1974 upon Harry's retirement, Bernie Olsen and his wife, Mona, purchased the funeral home, changing the name to Minshall-Olsen Funeral Home.

In 1981 Bernie and Mona Olsen proudly accepted the "Jefferson Citizen of the Year" award.

In 1987 Bernie purchased the Hickey-Kent Funeral Home in Whitewater. His eldest son, James joined the family business and the name at both locations was changed to Olsen Funeral Home.

In 1995 another of Bernie's seven children, David, became part of the team.

In 2017 David retired, selling the funeral home to Jacob E. Gibson. The name was changed to Olsen-Gibson Funeral Home.

Experience, integrity, compassion and dedication has made us the funeral home of choice for area families.

We are committed to continuing the tradition established back in 1888 by J.G. Fuchs, serving all faiths in a home-like setting.

Directly order flowers, view and sign the condolences book, share memories and more to celebrate lives of those dearly missed.

Helpful resources to guide you through the loss of a loved one.

Take a few moments to express your wishes now and help to ease the burden on your loved ones.

A collection of answers to questions that people often have when arranging for a funeral.